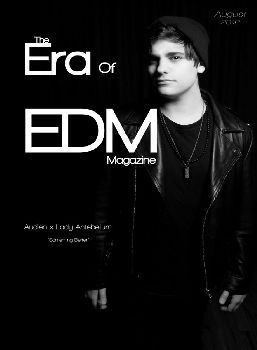 The Era Of EDM Magazine’s August 2015 Issue: Table of Contents

Well this year at Sensation, attendees were treated to a classical rendition of the song by levitating violinists and a chorus that was sung so miraculously in unison before fading away to the more contemporary remix by Tiësto .

The state side based House producer Audien from Connecticut, that has been silently sweeping the world of Dance, just released this gem with very little pre-exposure. This collaboration with Lady Antebellum is honestly one of the top summer hits. It’s heart warming, fun and is yet another very successful attempt at breeding genres of two different realms into one.

With a little less than a month left until our good friend Zac Efron hits the big screens starring in “We Are Your Friends”; Warner Brother announces the original films second trailer.

The duo that swept the nation with their debut single, “Latch” featuring Sam Smith are at it again. With a hit single that dominated the charts for a whole season almost, it seemed that the fellas of Disclosure definitely found their niche.

This site uses Akismet to reduce spam. Learn how your comment data is processed.